Stella is my 13 year old Chihuahua. She was my introduction to the sport of agility

Meet Kay Bland and her Weimaraners

Kay has two Weimaraners, Zelda and Grace. Grace is 13 years old (not Pictured)

Tillie, almost 11 years snd 3 lbs, Sept birthday, short hair purebred Chihuahua, my heart dog. Tillie was born into a groomers salon so she was exposed to and loves other dogs. She’s a nice Chihuahua! Retired from Teacup and CPE agility. She dabbled in the celebrity life doing still commercials shots for Amazon, and starred in the stage show as “Bruiser” in the Auburn, WA Community Theater production of “Legally Blonde the Musical” a few years back. Type cast. 🙄

Kate, 5 1/2 years and 7 lbs., April birthday, purebred Papillon. Her auntie Flame, just won Best of Breed at the Westminster Dog Show so she comes from fancy lineage though she is not a show dog. She much prefers the casual atmosphere of agility. She says “NO, Mom!” No sensible shoes and polyester suits… Kate has competed in Teacup, NADAC, CPE and AKC agility for the past several years. I searched for Kate when Tillie showed more interest in competitive treat eating and couch lounging.

Addie is a 9 year old Australian Shepherd and does ASCA and CPE. She is especially loving jumping 12 inches in her senior years. She may appear in a rally ring in the future, if mom learns to read the cards.

Ellie is a 1.5 year old Australian Shepherd in training for agility, herding and conformation. So far she has played agility FEO only with a toy and has great enthusiasm!

Last but not least – Kimi Walker & her Xoloitzcuintli

Kimi says “my oldest is 7, youngest is 15 months, and a few more between! Kyo is my agility guy and we have only done fun runs so far, he turns two next month. We are excited to do more! Daza is 19 months and is just starting training. Kyo, Chisme, Daza and Baruka do conformation, Marceline does sofa surfing lol”

Our celebratory brag from Wimziwoods Farm is that Bandit our Border Collie is 16 years old! I included the picture that sold me on him even before he arrived at the airport “on contingency”. The contingency was that we liked him and if not, we’d send him back on the rescue person’s dime! She was so sure that we’d love him, she offered to pay his way both ways. She was right of course.

Bandit flew in on Delta and took one look in my eyes and that was it…..He was OURS and we were HIS! He was rescued as a puppy in Utah off a ranch before he could be sold off to local ranchers. The rescue gal that grabbed him said he was just too wonderful to let go to work on a ranch where they might just shoot him if he didn’t measure up. It’s a good thing, cuz we ended up with him. He has been a loving, smart dog for lo these 16 years and is now the last of the litter left. He got along with EVERYbuddy, puppies, other dogs, old folks, young folks, including my great grandson….and was a good agility teaching dog for both humans and their dogs. We have been blessed to have had two sincerely great dogs in our lives, one was Sadie (some of you remember her, shown in photo with Bandit) and the other is Bandit. We have some good dogs even still, but those two were cream of the crop. Despite the fact that these days he’s incontinent sometimes, a bit smelly and has to have baths 4-5 times a week, has to be helped up when his rear end collapses, he is still a trooper and we are blessed to have him in our lives still. We can hardly believe he had now entered his 17th year! WOW!

Bandit with Heather’s Great Grandson Rowen was raised by Bandit! Rowen is now 7!

Bandit had to be retired when he was 8 or 9 due to being paralyzed in an agility accident. He was put in a rehab program and was able to continue to share his life with his family without competing in dog sports.

Eric Sanford – Tribute and Thanks

Eric has loved animals his entire life, and after he and his wife adopted a border collie/yellow lab mix (Savannah) 15.5 years ago he was inspired to become a dog trainer.  He learned from and worked with many top animal trainers and behaviorists across the country and has become a preeminent local trainer for reactive dogs, as well as agility.  He created and owns A Savvy Dog Training and Agility, named in honor of Savannah, who is still loving life.

He has played and competed in agility in several venues with his dogs Savanna and Jet, a border collie.  His latest pup, Raleigh, also a border collie, is his up-and-coming star.  In addition to agility, he is involved in other dog sports, including sheep herding and treibball.  He is currently treasurer of the National Association of Treibball Enthusiasts (NATE) and was one of the first people in the PNW to teach treibball.

He’s been a RAT member for almost 9 years and served as President in 2017 and 2018.  He always volunteers at agility trials, helping out with whatever needs doing, especially course building and moving heavy equipment.

He fulfilled a long-time dream early this year when he and his wife bought a ranch in Beavercreek, in rural Oregon.  This wonderful facility has a large enclosed agility arena and several outdoor pastures where he hopes to soon have sheep.  Here he is developing his latest company, A Savvy Ranch, and will offer agility and other dog training, boarding, and at some point, sheep herding.  He has been making the LONG weekly commute up to Seattle to continue to teach for the past several months, but this fall will be staying in Oregon permanently.  The good news is that he will continue his local company, A Savvy Dog, so his students will still be able to take agility classes here. 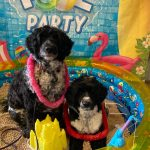 Inside RAT Tales: CPE Trial Wrap Up Thank you everyone who joined the Rainier Agility Team (RAT) May CPE trial at Argus […] 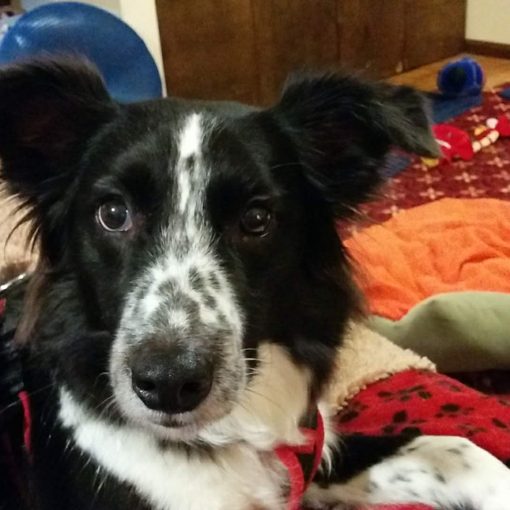 Inside RAT Tales Part 1 Sweetheart Trial Wrap up Spotlight on Members ….. Meet Debra Sweat & Teri Kruse What do our […]